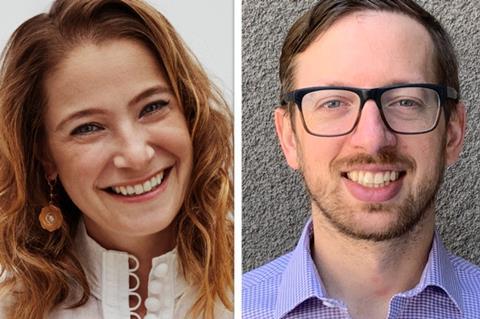 Kittay most recently served as head of film for Noah Hawley’s 26 Keys, served as executive producer on Lucy In The Sky starring Natalie Portman, and before that worked at Parkes+MacDonald Productions, and J.J. Abrams’ Bad Robot.

Stillman has been at Black Bear since inception and moves from feature films, where he was senior vice-president, to run Black Bear Television as head of TV.

In his film role at Black Bear, Stillman was instrumental to the creative development of a slate that included Dave Franco’s The Rental, and produced J Blakeson’s upcoming TIFF selection I Care A Lot starring Rosamund Pike, and Heidi Ewing’s narrative debut I Carry You With Me, that debuted at Sundance.

Black Bear Pictures has also promoted Michael Heimler to head of production and finance. Heimler previously served as vice-president of production and operations and will continue to oversee physical production, business affairs and financing, and remain involved in creative aspects.

Kittay, Stillman and Heimler will report to president and CEO Schwarzman.