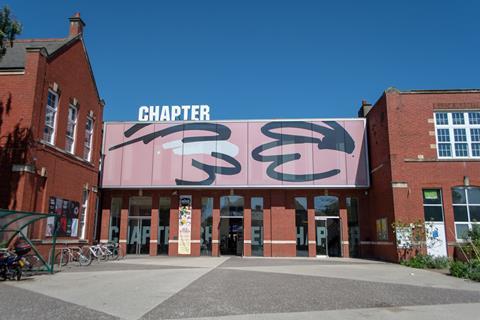 London’s Independent Cinema Office (ICO) has added three new venues to the roster of cinemas that it programmes in the UK.

The additions are Cardiff’s Chapter Arts Centre, one of Wales’ flagship arthouse venues, the Ultimate Picture Place in Oxford, and the new 360-seat Buxton Cinema at the Pavilion Arts Centre in Derbyshire.

The ICO already programmes venues including the Watershed in Bristol and Showroom in Sheffield. Including the new venues, it now oversees programming at twenty cinemas in the UK.

The organisation has also bolstered its programming team with two new hires. Joining head of cinemas David Sin and senior programmer Jonny Courtney are Heather McIntosh, who joins from Curzon, and Isabel Moir, who joins from the Barbican.

“Ambitious programming is where independent cinemas really set themselves apart. Here at the ICO we recognise that the best venues are completely trusted by the audiences in their communities to bring them cinematic experiences that can change their lives,” said ICO director Catharine Des Forges.

The ICO also runs the BFI’s regional hub for the UK’s southeast, in collaboration with Saffron Screen in Saffron Walden and The Depot in Lewes, which sees it administer funds from the National Lottery to support audience development.