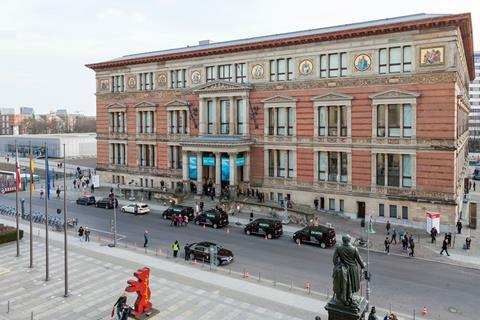 As the Berlinale and EFM kick off one week later than usual today there are growing calls from within the industry for future editions of the festival and market to stick to an end-of-February slot.

Sales agents and producers canvassed by Screen approved of this year’s later start in Berlin, which runs from February 20-March 1 and will not clash with the Oscars after the awards show took place on an uncharacteristically early February 9 slot.

Berlin’s dates created a wider gap between itself and Sundance Film Festival and opened up more time to assemble and acquire projects, particularly after the sluggish annual return from holiday season.

Berlinale artistic director Carlo Chatrian told Screen that the festival was aware that this year’s later dates had been “well-received” by professionals from the US and beyond.

“We wanted to explore further the opportunity to be placed at the end of the month,” he said. “Unfortunately, the decision of the Academy Awards to move back to the end of February in 2021 leaves us little room for that.”

The Berlinale will revert to its traditionally earlier slot in 2021 when it runs from February 11-21. That is in response to the Academy’s decision to return the Oscars to the show’s familiar late February berth in 2021, when the awards will be handed out on February 28.

Rescheduling Berlinale for beginning of March not an option

Rescheduling the Berlinale for the beginning of March was not an option, Chatrian added, because it would clash with other big public events taking place in Berlin as well as festivals and markets such as SXSW in the US and Filmart in Hong Kong.

Sales agents and producers said a later date would also make the Berlinale more attractive to Chinese industry professionals because the festival would be less likely to clash with the Chinese New Year.

“Having a bit more time to set up films at the beginning of the year and having two weeks between Sundance and Berlin has been incredibly helpful to the market,” said Gabrielle Stewart, managing director at London-based sales and finance house HanWay Films.

“If films are shooting in the summer, ideally you want to be selling them in Berlin but it can be super stressful trying to consolidate a cast in time. Nothing happens over Christmas and the New Year and then there is this rush to lock it down. I can’t tell you how many times we’ve just missed the boat for Berlin.”

Stewart suggested the wider gap between Sundance and EFM has allowed US buyers and sellers to be more focused on Berlin this year.

“It could bring new energy to the market,” she said. “I genuinely think the Americans are more focused this year because they’ve had more time to get their head around Berlin. I was in Sundance with the closing night film Falling. If I’d had to head straight into the EFM afterwards, I would have died.”

Many US professionals agreed with these sentiments.

“We’ve found that the later dates for the EFM this year certainly do help,” said Hamilton. “Particularly considering the strong response we received for Brandon Cronenberg’s Possessor at Sundance, the extra weeks give us time to capitalise on that momentum and effectively strategise going into Berlin.”

Brian O’Shea of Los Angeles-based The Exchange was able to add two Park City premieres, Welcome To Chechnya and Spree, to his EFM line-up.

“A bigger gap between Sundance and Berlin allows us not to only acquire movies but also properly inform buyers and set screening times for the films we pick up during the festival,” said O’Shea, CEO of the sales, production and financing outfit. “This additional time is good for both the film makers and buyers, as we can set up theatrical screenings and get international distributors to see the films in a theatre.”

Festival remains open to discussion on issue of dates

“Our major challenge each year in adding titles to our slate is to work with producers and agencies around their expectation or desire for a worldwide deal at Sundance,” said Kampe.

“Traditionally we pick up the majority of our titles prior to Sundance so that we have time to prep marketing materials and inform buyers of the press and reaction in Park City. This has been difficult in recent years as the proliferation and value of worldwide deals has made traditional territory sales less attractive to producers and financiers.

“However, this year’s challenging domestic/worldwide sales environment at Sundance and the additional time to the start of EFM has allowed us to negotiate the acquisition of two additional titles from Sundance that we had been tracking heavily before the festival but had not been able to secure prior to the start of Sundance. In 2021, producers may realise that they need a plan “B” if they don’t find a worldwide partner in Sundance.”

“For the future, we are open to having a conversation with the Academy Awards and other festivals in the US, such as Sundance, in order to make the work of people involved in this business easier and more effective,” she said.

The Academy previously announced dates for the next two Oscar ceremonies. The 2022 edition is set for February 27. When reached for comment, an Academy spokesperson said, “The Academy and ABC continue to evaluate dates for future years.”