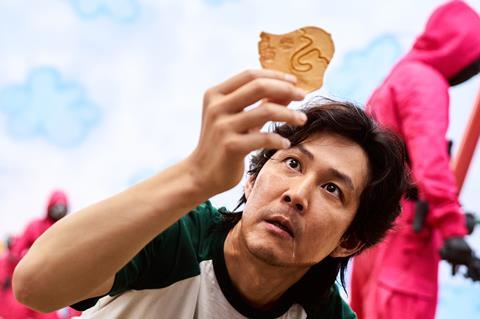 “The rise of nationalism does affect the culture, and the culture all over the world – what the audience is saying is that they want to see their own stories on screen,” said Jonathan Kier, co-president of newly launched film and TV creator Upgrade Productions.

“They don’t want to see American actors doing accents much, and for the market in the US – my mother is obsessed with Turkish soap operas and my brother is watching German series – these are things that were not available two years ago.”

Kier added whereas the “traditional gatekeeper” broadcasters once rejected non-English-language content on the whole, data has proved them wrong. “The audience is there. That’s why I think this is creating a lot of opportunity.”

Julia Weber, head of international sales and acquisitions at Global Screen, agreed that opportunities were plentiful and the industry was in the midst of “a digital revolution”. She told the panel, ’The Independent Film Ecosphere – Present And Future’: “We don’t need to be afraid of it and we won’t be able to stop it anyhow, so we need to adapt quickly and soon… We’ve never been so flexible and open-minded than we are and have to be now.”

Weber also noted that despite the shrinking of the exclusive theatrical window there was a need to support cinema-going and embrace broad audience demand. “The theatrical business in Europe is being highly protected – they’ve really tried to prevent any kind of shortening of these windows and we have to try to keep it as long as possible in a way to give the theatres a chance.”

Asked what genres are doing well, sales agent, producer and financier Brian O’Shea of The Exchange said, “The bigger, the better. The action, special FX, sci-fi, the visual mediums because people are engaged in that, especially with new technology differing their attention to bite-sized moments. You have to constantly keep people engaged and the best way to do that is having spectacle events that you don’t see anywhere else. But ultimately, what makes a successful film is the story – it’s really about connecting and creating empathy for the characters, and that takes a strategy of engagement at the very beginning.”

Participant’s EVP of content and platform strategy Liesl Copland commented on whether streamers would be investing in content in five years’ time at the same level as they are now. “It’s not really about ‘What format is it – film or episodic or a genre?’ it’s about ‘Is it subscriber acquisition or subscriber retention content?’ We have to blend that into our thinking when we’re dealing with the streamers, and then I think the big problem becomes they don’t have to recoup because they’re a revenue line and their cost bases and their revenue bases are two different things – they don’t get revenue per film.”