Closer collaboration between the Italian and Baltic states’ film industries will be given an additional boost with the creation of the €30,000 Baltic-Italian Co-Development Award. 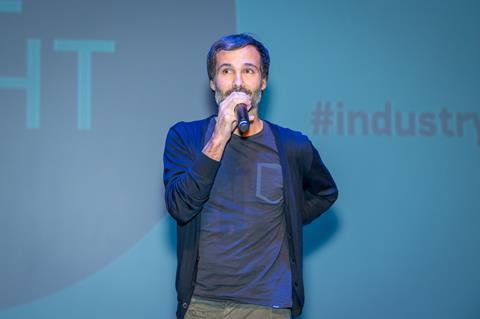 Four film institutes – Lithuanian Film Centre, National Film Centre of Latvia, Estonian Film Institute and Italy’s Direzione Generale Cinema (MiBAC) – announced at the end of this year’s Baltic Event at the Tallinn Black Nights Film Festival that a call will now be launched for projects being developed between producers from Italy and partners from the Baltic states.

The winner of the €30,000 award, which may be shared between two projects, will be announced at the ninth edition of When East Meets West (WEMW) in Trieste, running January 20-22, 2019.

Closer ties between Italy and the three Baltic states had been forged at the Trieste co-production forum in 2017 when Estonia, Lithuania, Latvia had been selected as spotlight countries along with France.

Speaking at the Baltic Event’s closing event, head of WEMW Alessandro Gropplero said: ”Around 60 producers from the Baltic countries came to Trieste – which was almost all of the region’s film industry, and some very good results have already come about since then. It was also an opportunity to connect institutions and it gave Italy’s MiBAC the first chance to discuss the possibility of collaboration with the Baltic film institutes.“

Edith Sepp, director of the Estonian Film Institute, added that the first step is to have the co-development fund, ”but in two years we would like to then have a co-production fund between the countries. We will start slow and small and grow quickly.”

Chiara Fortuna, responsible for international relations at MIBAC, announced the award’s guidelines will be published in the coming days and applications for co-development support can be made up until the end of this month (December).

The new Baltic-Italian initiative was launched during the staging of a Focus on Italy at this year’s Baltic Event.

WEMW, which will host an East & West focus on Central Eastern Europe (Czech Republic, Poland, Slovakia, Ukraine) and the Benelux (Belgium, Luxembourg and The Netherlands) at the event’s 2019 edition, built on the cooperation started with the Baltic film institutes in 2017 by launching the €3,000 Baltic Award last January. The first winner was the Lithuanian-Italian co-production I’ll Stand By You by Virginija Vareikyte and Maximilien Dejoie - the film was recently boarded by sales agent CAT&Docs.