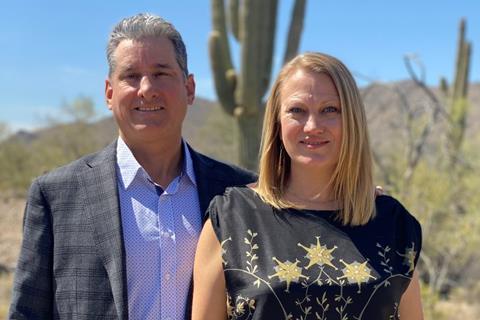 US sales veteran Jack Campbell and Rebecca Campbell have launched the Arizona-based Jackrabbit Media to focus on sales and acquisitions of third-party features, AVoD aggregation and in-house productions.

The husband-and-wife team plans to produce two to three commercial films a year and will be at their booth on the Croisette next week in Cannes to introduce the slate and business plan to longtime and new industry partners.

Jack Campbell serves as Jackrabbit Media president and CEO and has been in sales for 21 years. Rebecca is COO and hails from a financial background in public company reporting and compliance. They most recently owned Octane Entertainment which they purchased from the original owner in May 2019.

Director of sales and acquisitions Andi Jackson gives the company a European presence and recently relocated to the UK.

Horror-thriller Influencer filmed in Thailand last November and December and will be the first production released under the new company, which will be showing footage in Cannes. Kurtis David Harder directed from a screenplay he co-wrote with Tesh Guttikonda about a social media influencer on a backpacking trip in Thailand whose travels take a dark turn. Cassandra Naud, Emily Tennant, Rory J. Saper and Sara Canning star.

Harder, whose producing credits include V/H/S/94, is producing Influencer with Guttikonda, Brandon Christensen, the director of Still/Born, Z and Superhost, as well as Campbell and Micha Henry. Campbell said Jackrabbit has secured private funding for an additional three features from Harder to be shot over the next two years.

“We are very grateful for all of the support from family, friends and clients alike,” said the Campbells. “Moving to Arizona has been a blessing for our family and our business and we couldn’t think of a better time or place to launch Jackrabbit in Cannes next week as we finally get back to in-person markets.” 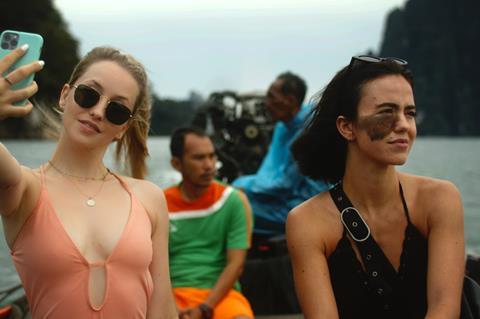 Jack Campbell recently teamed up with longtime friend and mentor Anthony E. Zuiker, creator of the CSI: Crime Scene Investigation franchise, to develop an action/sci-fi franchise Assassin 51, which Zuiker will write and Campbell will produce alongside Zuiker and Anthony Callie (Boss Level, Acts of Violence, Escape Plan 2: Hades). Sales on this title are anticipated to commence in Toronto. Dimiter Nikolov serves as production counsel.