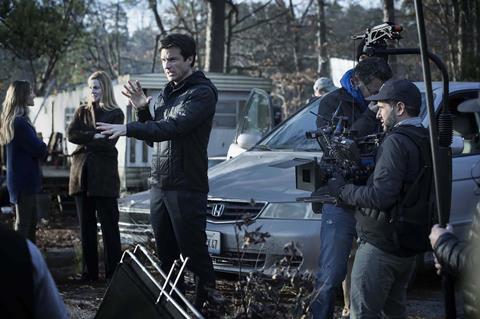 Jason Bateman and producer Michael Costigan have joined forces under the former’s Aggregate production company and signed a first-look, multi-year film and television deal with Netflix.

The two will combine their respective film and television slates and develop and produce future projects involving emerging and established on- and off-screen talent.

Bateman (pictured on set of Ozark) is currently serving as star, executive producer and director of Netflix drama series Ozark. His relationship with the streaming service goes back to 2013, when Netflix revived comedy series Arrested Development, in which Bateman had starred during the show’s earlier run on the Fox broadcast network.

Costigan has recently produced features including A Bigger Splash and Ghost In The Shell. He previously worked at Sony Pictures and as president of Scott Free. His latest projects are Jennifer Aniston musical comedy Dumplin’ and director Joe Berlinger’s crime thriller Extremely Wicked, Shockingly Evil And Vile.

In a statement, Netflix chief content officer Ted Sarandos said: “I am excited to continue our long relationship with Jason and watch him excel not only as a talented actor and filmmaker, but also as a producer.

“We are looking to Aggregate as a major supplier for us here at Netflix. Cindy [Holland, Netflix’s vice-president of original series], Scott [Stuber, head of the company’s film group] and I look forward to merging our vision and goals for the future in film and TV alongside Aggregate’s. The combination of Jason and Michael brings an impressive history of industry experience and relationships here to their new home.”

Bateman added: “Michael and I are incredibly fortunate that Aggregate has been welcomed into the Netflix fold. Through my experience with Arrested Development and now Ozark, I have seen first-hand the positive, thriving culture that Ted, Cindy and Scott have created. We look forward to working hard with their dedicated and creative teams to contribute to the enormous momentum and high quality content that Netflix delivers.”