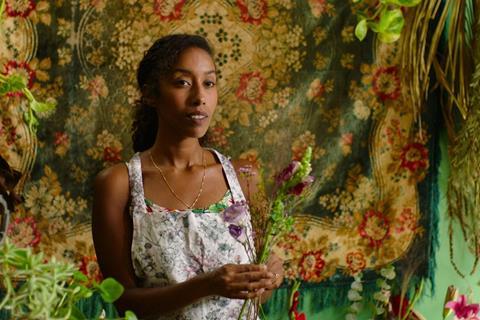 Jerusalem Film Festival (JFF) has revealed its line-up of Israeli films for its 39th edition, which includes world premieres for anticipated features by Michal Vinik and Yona Rozenkier.

The Haggiag Competition includes the world premiere of Valeria Gets Married by Israeli filmmaker Vinik, who previously made waves internationally with her 2015 drama Blush about a relationship between two Israeli schoolgirls. Vinik’s latest feature is about a Ukrainian woman who gets cold feet about her impending marriage to an Israeli man she met online. Berlin-based outfit M-Appeal handles sales.

Also set to world premiere is 35 Downhill from director Rozenkier, whose drama The Dive won best Israeli feature at JFF in 2018 before going on to play Locarno and Toronto. His latest follows an old man and his troubled son on a journey across Israel.

Ofir Raul Graizer’s America will also play in competition. The drama, about an Israeli swimming tutor who travels from the US to his home country to bury his father, is due to premiere in competition at Karlovy Vary before heading to Jerusalem. It received a market premiere in Cannes last month by German firm Beta Cinema. Graizer previously directed The Cakemaker, which also played at KVIFF and JFF in 2017 before winning seven prizes including best film at the Israeli Film Academy Awards.

The total sum of prizes that will be awarded across the various festival competitions amounts to nearly $300,000 (NIS 1 million).

The festival will also present special screenings of documentaries Je t’aime Ronit Elkabetz by Moran Ifergan and Homeboys by Tamar Goren, both world premieres, and a newly restored version of Tawfik Abu-Wael’s Thirst, which won the Fipresci prize when it played Cannes’ Critics Week in 2004. It will also screen A Hole In The Moon, a parody of Israel from 1964, in tribute to director Uri Zohar who died on June 2.

As previously announced, Ruben Ostlund’s Palme d’Or winner Triangle Of Sadness is set to open this year’s JFF on July 21. The 39th edition of the festival is set to feature more than 200 films from 50 countries.

The full programme will be announced next week.

All I Can Do
Dir. Shiri Nevo Fridental

Living In The Shadow Of Death
Dir. Bilal Yusef

The Partisan With The Leica Camera
Dir. Ruth Walk

Special Screenings - Out of Competition