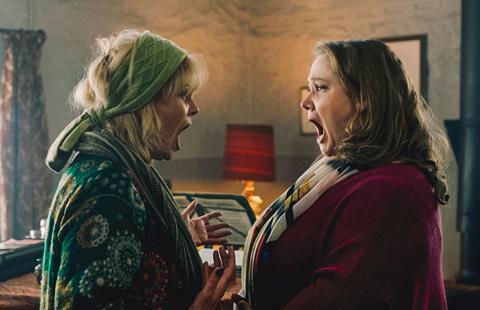 IFC Films has acquired US rights from WestEnd Films to the rom-com Falling For Figaro starring Joanna Lumley and Danielle Macdonald.

Ben Lewin (The Catcher Was A Spy, Please Stand By, The Sessions) directed the Australia/UK co-production from a screenplay he co-wrote with Allen Palmer.

Falling For Figaro follows a disillusioned fund manager (Macdonald) who pursues her dream of becoming an opera singer and engages the services of a fearsome diva in the Scottish Highlands, where she also finds love.

Philip Wade (I Am Mother), Judi Levine (The Sessions) and Arabella Page Croft (Sunshine On Leith) produced the film, and Timothy White and John Wade served as is executive producers.

In association with Wade Brothers Films, the film received principal production funding from Screen Australia and Screen Scotland, and was financed with support from Film Victoria.

“We’re thrilled to work with Ben again after the success of The Catcher Was A Spy,” said Bocco. “We see the same clear path to audiences with yet another heartfelt and supremely entertaining film in Falling For Figaro.”