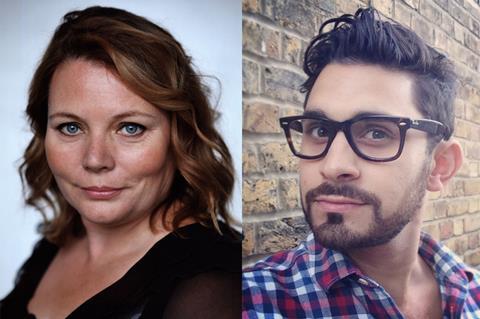 Joanna Scanlan has signed to star in After Love, the debut feature from writer-director Aleem Khan, a former Screen UK Star of Tomorrow, which is now in production in Kent, London and Calais.

It is produced by Matthieu de Braconier of London and Paris-based outfit The Bureau and is backed by BBC Films and the BFI.

Scanlan plays a woman who, having converted to Islam after meeting her future husband, suffers an identity crisis following his sudden death. When she uncovers details of his secret family in the French town of Calais, she travels to find them. The film also stars Nathalie Richard and Talid Ariss.

London-based Khan’s credits include the Bafta-nominated short film Three Brothers, which was also produced by de Braconier at The Bureau.

Clémentine Hugot is selling After Love internationally on behalf of Paris-based The Bureau Sales. The executive producers are Natascha Wharton for the BFI, Eva Yates for BBC Films and Vincent Gadelle for The Bureau.

The project was developed by Creative England through BFI NETWORK, and subsequently by the BFI and BBC Films. Further support came from the Sundance Institute through its screenwriters and directors labs.