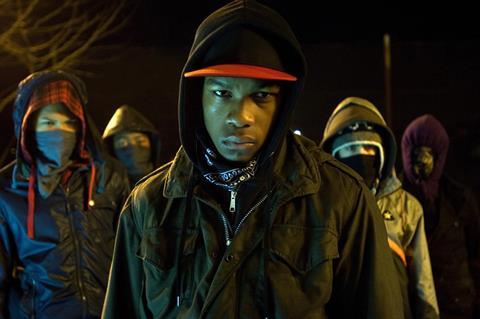 A sequel to UK alien invasion thriller Attack The Block is in the works, which will reunite writer/director Joe Cornish with star John Boyega.

Studiocanal and Film4 confirmed that early development has begun on Attack The Block 2, a decade after the release of the original in 2011.

Plot details are being kept under wraps but Boyega will return as Moses, an inner-city teenage gang leader that proved his breakout role before being cast in the Star Wars sequel trilogy and more recently in Steve McQueen’s Small Axe anthology film series.

The original, in which a teenage gang in London defend their block of flats from aliens, debuted at SXSW, where it won the audience award. It went on to take just $6.2m at the global box office but became a cult hit and secured Cornish a Bafta nomination for outstanding debut.

Cornish, who went on to co-write Ant-Man and direct The Kid Who Would Be King, will write the sequel. He will also produce with Nira Park through Complete Fiction Pictures, the production company they recently formed with director Edgar Wright. Boyega will produce through his banner UpperRoom Productions.