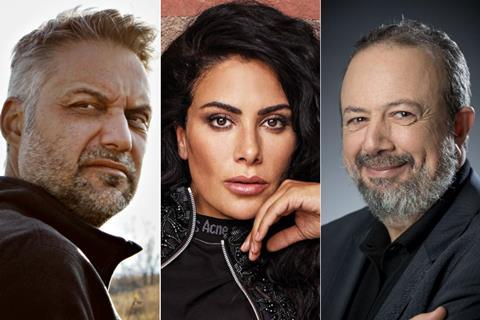 The Amman International Film Festival has selected the juries and set up the awards for its inaugural edition, set to run in Jordan from August 23-31.

The Arab feature-length narrative film jury is headed by Serbian director Srdan Golubović, who will be joined by Jordanian actor-producer Saba Mubarak; and Sarim Fassi-Fihri, executive vice president of the Marrakech International Film Festival and CEO of the Moroccan Cinema Centre.

Each competitive section will give out one award, with a $20,000 prize for best Arab feature-length narrative film; $15,000 for best documentary; and $5,000 for best short.

The festival will also host Jordan’s first-ever drive-in cinema in the city’s New Abdali area, with the audience at the venue voting for the winner of the ‘international film’ section, which offers a $5,000 prize.

The AFID is awarding $68,500 in total prizes across six different prizes, as well as mentorship residencies from US organisation Film Independent; script consultancy from Jordan’s TaleBox; and sustainable consultancy services from Dubai’s Greener Screen.

The AFID awards announcement will take place on August 26 at the Royal Film Commission – Jordan.

Amman Film Festival announced the lineup for its first edition on August 9, consisting of 30 feature titles across fiction and documentary titles, as well as nine shorts. Among nine titles competing in the feature narrative section are Oualid Mouaness’ 1982 – Lebanon’s entry for best international feature at the 2020 Oscars – and Alaa Eddine Aljem’s Cannes 2019 Critics’ Week pick The Unknown Saint, from Morocco.

The festival will open on August 23 with Ladj Ly’s French drama Les Misérables and will close on August 31 with British-Jordanian filmmaker Zeina Durra’s Luxor.

The event was originally scheduled to run from April 13 to 18 but was postponed due to the coronavirus pandemic.