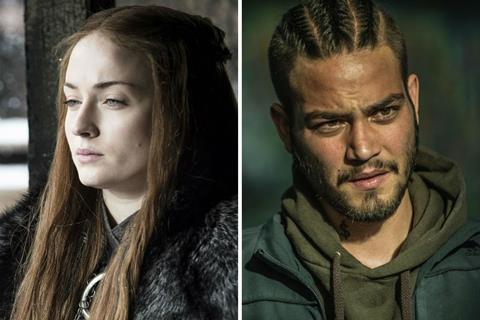 Paris and Los Angeles-based FullDawa Films lifted the lid on the production – produced with Parts & Labor, Paper Chase Films, Lost Lane Entertainment and JoBro productions – on the eve of Cannes.

Based on a screenplay by Seth Miller, the romantic crime-thriller stars Zovatto as a high-end drugs dealer opposite Turner as the love of his life. His life revolves around trust-fund clients, model parties and crazed drug-fuelled escapades.

Life is good for the couple until a long-lost childhood friend (Darrell Britt-Gibson) appears out of nowhere and asks for help with a sketchy deal that sets off an irreversible chain of events where no one is spared and everyone is to blame.

“We are thrilled to present to distributors this very cool ride with a very glamorous couple at its centre in the tradition of Romeo and Juliet and Bonnie and Clyde,” said WTFilms co-chiefs Gregory Chambet and Dimitri Stephanides.

“From the first read, I fell in love with the script, the story, its colourful language, and especially the tragic characters Seven and Maddie. We couldn’t have found a more perfect couple than Daniel Zovatto and Sophie Turner for those roles,” said Smit.

“Heavy is a brilliantly conceived piece of genre writing. With its razor-sharp dialogue, breathless action, themes of true love and wicked splash of humour, it reads like the spiritual sequel to True Romance,” said Atrakchi.

Ty Bryan also expressed his enthusiasm: “Heavy checks all the boxes for Lost Lane Entertainment from script to director and talent. It’s universally thrilling and edgy with a grounded approach that visually takes on its own identity.”

Producer and actor Dillon D Jordan added: “Heavy is a beautifully-tragic story that I immediately connected with the moment David and Jouri brought it to me. Given the fact that David and his team were able to secure such extraordinary talents as Sophie Turner and Daniel Zovatto, I knew Heavy was a film that PaperChase was going to help support.”