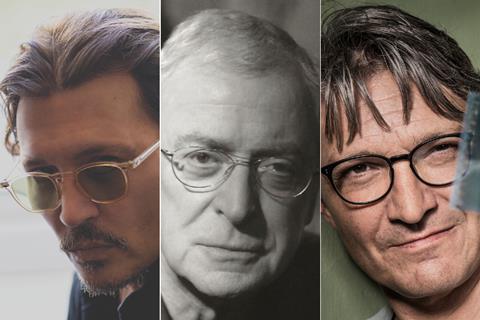 Karlovy Vary International Film Festival (KVIFF) is the second European event this week to announce it will honour Johnny Depp, paying tribute to the actor’s career at the 55th edition of the event (August 20-28).

The tribute follows an announcement from San Sebastian film festival yesterday that Depp will be awarded its highest prize, the Donostia award, in September.

It is expected that Depp will attend both events in person.

A statement from Karlovy Vary described the recognition as “a tribute to Depp’s significant contributions to film throughout his expansive career” and to the “acclaimed actor’s lasting legacy on the film industry globally”.

“We’re incredibly honoured to welcome to the Festival an icon of the contemporary cinema,” said KVIFF executive director Krystof Mucha and artistic director Karel Och. “We’ve admired Mr. Depp for such a long time and are thrilled to bestow this honour on him.”

Depp is a divisive figure in the international film industry. In November 2020 he lost a libel case against UK newspaper The Sun, after it described him as a “wife-beater” in a 2018 article, claiming he assaulted ex-wife Amber Heard. The actor remains involved in a defamation lawsuit against Heard in the US.

The festival will also honour UK actor Michael Caine with the outstanding artistic contribution to world cinema award. Caine appears in Lina Roessler’s festival title Best Sellers, which the actor will present in person at the festival.

The festival’s President’s award will be given to Czech director Jan Sverak, whose credits include Kolya, which won the foreign-language Oscar in 1996 and whose films have played at the festival multiple times. He is now completing his new feature Bethlehem Lights.

The festival will close with Sean Durkin’s The Nest starring Jude Law and Carrie Coon.