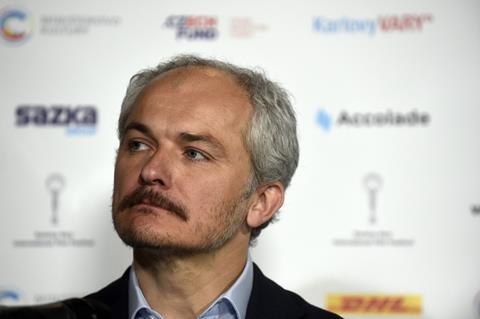 Karel Och, artistic director of the Karlovy Vary International Film Festival, has said the event misses out on prestige arthouse titles due to its position in the calendar between Cannes and Venice.

“There are certain films, especially from the US, which might look on first gaze as more arthouse or festival,” Och told Screen. “But then they might be a success at Sundance or in Cannes, and the US distributor decides to freeze the film for the summer and launch it in the States and everywhere else in the autumn. Which means we’re losing the film.”

He cited Robert Eggers’ The Lighthouse, which premiered to rave reviews in Directors’ Fortnight at Cannes, as a recent example of a title Karlovy Vary wanted but was unable to acquire.

“We had the international premiere of [Eggers’ 2015 first film] The Witch, the producer of the film is a close friend, and both [stars] Robert Pattinson and Willem Dafoe were guests of the festival in the past. This was a particularly painful moment that we couldn’t get the film.”

Och described the situation as “sad”, but noted “this is the game. We understand the strategies and we’re accepting them.”

Och said he was delighted by the expanded geographical reach of the festival’s industry programme, Eastern Promises, this year.

He cited the Works-in-Progress section, which previously focused solely on titles from central Europe; this year there are titles from the MENA region amongst the nine films in production or post-production competing for a €100,000 prize.

The festival’s own finances are “stable”, he said, with approximately 75% of the budget provided by commercial partners and the rest from the Czech Culture Ministry and the town and region of Karlovy Vary.

Och is keen to embue Karlovy Vary with an atmosphere that “resembles a music festival”, distinct from the formality of Cannes and Venice. He said the festival’s local Czech audiences were “the most important asset we have.”

With over 13,000 accredited attendees in 2018, increased organisation has made the crowds more manageable this year but Och said the party spirit and demand for tickets remains.

“Back in the ’90s, you couldn’t walk outside the [main festival venue] Hotel Thermal, because people would be sleeping outside in sleeping bags,” he said of the festival’s casual attendees. The solution is now the creation of a temporary tent city which is delightfully named Tentopolis, and set up in a nearby field for the duration of the event.

“If you have a festival in London, Prague or New York, it’s more difficult to create this kind of atmosphere, because mostly your audience is composed of people who live and work in that city,” Och suggested. “In Karlovy Vary, people lock the apartment in Prague, leave the kids with the grandparents, and they come here in a festive, vacation mood. They watch three or four arthouse movies a day, talk about them, and get drunk. They live the festival fully. It influences the atmosphere.”

He noted a change in their attitude in the 25 years since the festival relaunched in 1994. “It was bit more shy in the 1990s, because the country was still in transformation after the fall of communism. People slowly got more courageous, and now they are very expressive in Q&As. Filmmakers are a little stressed for the Q&As because people mention Kafka, Dostoyevsky, politics! It’s a very smart audience, we’re really lucky.”

He also considered the festival an important bastion for free thinking, in a time of political turmoil across Europe. “Through this free territory of discussion, you can have a student from Prague talking to a Thai director, to help open the minds of especially Czech people.”

“Now we have a lot of populists taking over countries,” he continued. ”Populists are really good in pulling crowds. We show people they can think more freely and in a more complex way through the films, through meeting filmmakers, to be more critical towards the reality around themselves, and not to be victims of some politicians who can mess up their heads.” 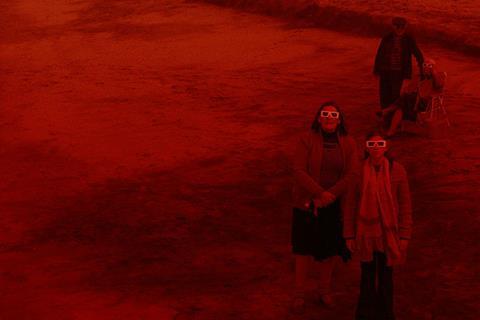 For Och, programme highlights this year include two Argentinian titles: Benjamin Naishtat’s political thriller Rojo, which premiered in Toronto last year and joint-topped Screen’s Platform jury grid; and Gastón Solnicki’s Venice-debuted documentary Introduzione all’oscuro, about a man wandering the streets of Vienna guided by the memory of a recently-deceased friend.

With streaming companies a divisive topic for Cannes, the Karlovy Vary artistic director emphasises the importance of the theatrical experience, but says it does not matter where the festival’s films are screened outside of the event.

“If it was the parents of the filmmaker who paid for the film, or a big platform, it doesn’t make a difference to us,” he said.

Looking ahead, Och is keen to augment the festival as an attraction for the international industry.

“Five years ago, we had maybe two out of 12 films in competition with a sales company. Now almost all the films have a sales company,” he said. “They think we are a place worth considering.”