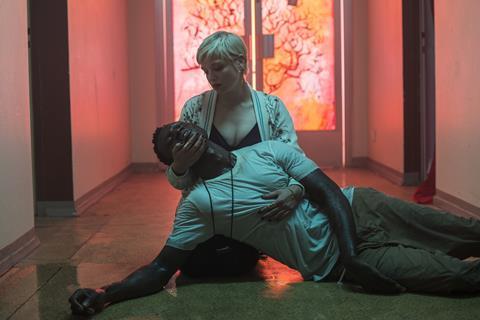 The film stars Welket Bungué as an undocumented African immigrant who struggles to make a new life for himself in Berlin.

Without papers, a work permit, and limited options to make money, the man gets an offer from a psychopathic gangster as his life begins to spiral out of control.

Berlin Alexanderplatz won best film and best actor at 2020 Stockholm International Film Festival, among others, and is a fresh retelling of Alfred Döblin’s 1929 novel of the same name. Rainer Werner Fassbinder directed a 15-hour mini-series in 1980.

Kino Lorber president and CEO Richard Lorber negotiated the deal with Beta Film CEO Dirk Schürhoff and will release the film this month followed by a VoD debut on Kino Now and home video.

“Berlin Alexanderplatz confounds any expectations of a Fassbinder remake,” said Lorber. “It stands on its own as a fully re-imagined contemporary interpretation of Doblin’s book and is, plain and simple, a powerhouse that will electrify audiences. With its settings and characters that keep throwing off sparks, North American audiences will soon discover a thrilling cinematic inferno.”