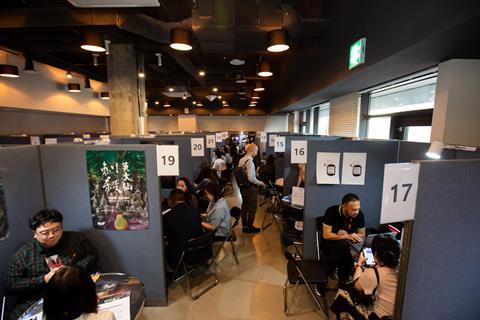 The 13 titles selected for the It Project strand include The Othered, from Vietnamese director Ham Tran, whose family sci-fi Maika premiered at the virtual Sundance in January and was picked up for distribution by Well Go USA Entertainment. East Films, which produced Maika, will also make The Othered as a Vietnam-Canada-US co-production.

The latter is among 10 titles chosen for NAFF’s Project Spotlight: Korea section, which also includes Journey To Gyeong-ju from director Kim Mijo and Ecolife from Park Hyongyong, produced by HaeGang Films.

Further sections include Work in Progress, which offers post-production support and this year selected seven titles.

Some 217 submissions from 36 countries were received, up from 202 projects in 2021. One-to-one meetings will take place with producers, investors, and distributors both on and offline from July 9-12.

Previous NAFF projects include Kevin Ko’s horror Incantation, which was showcased in 2019 and has become Taiwan’s second highest grossing local horror of all time since its release in March. Others include sci-fi drama Vesper, directed by Lithuania’s Kristina Buozyte and France’s Bruno Samper, which will play in competition at Karlovy Vary in July and has already been sold to key territories around the world.

The 26th Bifan is set to run July 7-17 with both online and offline screenings and audience events.