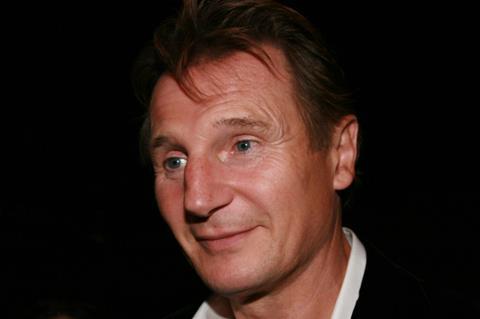 Liam Neeson will star in Robert upcoming action-thriller The Minuteman and Voltage Pictures will introduce the hot package to buyers on the Croisette next week.

Production is scheduled to begin in September on location in New Mexico and Ohio. CAA and UTA Independent Film Group will jointly represent US rights.

Lorenz directs from a screenplay he co-wrote with Chris Charles and Danny Kravitz about a retired Vietnam veteran who finds himself responsible for the life of a young boy who is being hunted by the cartel.

The Minuteman marks Lorenz’s follow-up to his debut Trouble With The Curve. A frequent Clint Eastwood collaborator, he earned Academy Award best picture nominations as a producer on American Sniper, Letters From Iwo Jima, and Mystic River.

“The Minuteman is the culmination of years of development with director, Robert Lorenz and Zero Gravity,” said Goz. “We are very proud to be financing, producing and bringing this amazing story to life.”

“Fans love to see Liam play the highly skilled protector, a role he does better than anyone else as seen in the Taken film series, and Robert has helped bring some of the most celebrated films about an everyman’s journey to becoming a hero to the big screen,” said Deckter.

“This powerful combination gives The Minuteman a critical edge in the international marketplace. We’re thrilled to partner with Zero Gravity’s Tai and Mark and Sculptor’s Warren and Eric to share this visceral story with audiences around the world.”

Chartier and Deckter negotiated the deal with producers Mark Williams and Warren Goz.

Voltage’s YA drama After launched in Cannes last year and recently crossed $50m at the international box office.