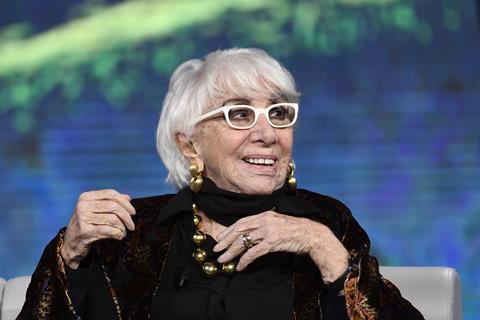 Italian filmmaker Lina Wertmüller, the first woman to be nominated for a best director Oscar, has died aged 93.

Wertmüller died peacefully at home in Rome today (Dec 9) according to reports in the Italian press.

Wertmüller’s best director Oscar nomination came for 1977 film Seven Beauties, which starred regular collaborator Giancarlo Giannini as an Italian man who does everything he can to survive in a concentration camp.

She lost out to John G Avildsen for Rocky, and a woman would not be nominated again in the category until Jane Campion in 1994 for The Piano.

Wertmüller kicked off her career as an assistant director to Federico Fellini on 8½, before making a series of highly regarded films in the 1970s including The Seduction of Mimi, Swept Away (which was subsequently remade by Guy Ritchie), Seven Beauties and Blood Feud.

After a partnership with Warner Bros to make English-language films was cancelled in 1978 after the failure of A Night Full Of Rain, Wertmüller continued directing until the 2000s, with her final film 2004’s Too Much Romance… It’s Time for Stuffed Peppers. She continued to work as a theatre director until her death, and received an Academy Honorary Award for her career in 2019.