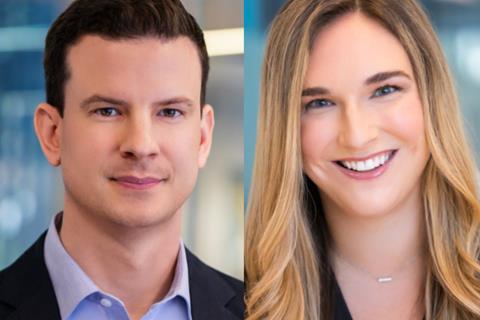 Aaron Janus has joined Lionsgate motion picture group as senior vice-president of production as the studio continues to realign its film operations.

Janus has overseen and developed tentpoles such as Deadpool and A Quiet Place and arrives from Platinum Dunes, where he most recently served as head of development for Michael Bay, Brad Fuller, and Andrew Form. The executive brought the script of A Quiet Place to the company and the hit thriller went on to gross $341m worldwide.

Prior to Platinum Dunes, Janus was director of film production and development at Twentieth Century Fox where he championed Deadpool, and worked on films including The Wolverine and Dawn Of The Planet Of The Apes. He began his career as vice-president of development for Scott Rudin Productions.

Wieck has been with Lionsgate since 2015. She is currently overseeing projects including Jay Roach’s awards hopeful Bombshell starring Charlize Theron, Nicole Kidman and Margot Robbie; Barb And Star Go To Vista Del Mar starring Kristen Wiig and Annie Mumolo; the re-imagining of the Saw franchise starring Chris Rock and Samuel L. Jackson; and Now You See Me 3.

She started her career at MGM followed by two years working for Mary Parent’s Paramount-based Disruption Entertainment, and as a story editor at K/O Paper Products.