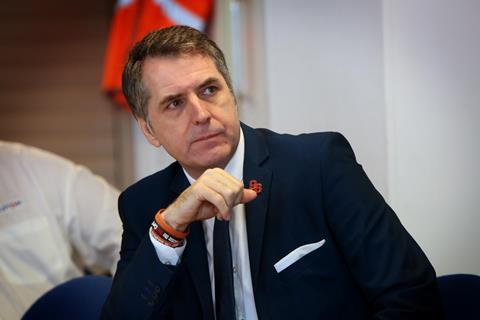 Steve Rotheram, metro mayor of Liverpool City Region (LCR) in Northwest England, has made a £400,000 fund available for immediate support to the area’s creative industries in the midst of the coronavirus crisis.

Distributing £250,000 of the total pot, the film and TV fund will provide investments of up to £25,000 per project to support the development of “ambitious and distinctive content” across all feature film and TV genres for all platforms.

From the remaining £150,000, the music fund will provide up to £10,000 of grant or loan funding to support micro-businesses and small/medium enterprises.

The money comes as part of a wider package of support that will be announced this week. Both funds are open for applications from Wednesday April 15.

“It is vital that we do everything we can to protect and preserve our music, film and TV industries,” said Rotheram, the Labour politician who has been mayor of LCR since May 2017 and was MP for Liverpool Walton constituency for seven years before that.

“They are at the beating heart of our city region’s very identity and are responsible for 5,000 jobs, contributing £228m to our economy every year in normal times.”

Rotheram said the LCR had not received any supplementary government funds. “My team at the Combined Authority has worked incredibly hard with our partners to identify funds that were earmarked for projects later in the year and brought them forward to make them available right now,” he said.

“Film and TV projects delivered over £17m of investment into the LCR last year,” said Lynn Saunders, head of the Liverpool Film Office. “With filming now shut down across the UK, it’s vital that we provide targeted, fast-tracked development support to the producers, writers and other creative talent whose ideas and scripts will be the bedrock for the recovery of our regional production sector later in the year.”