Locarno reveals details of its new The Films After Tomorrow awards 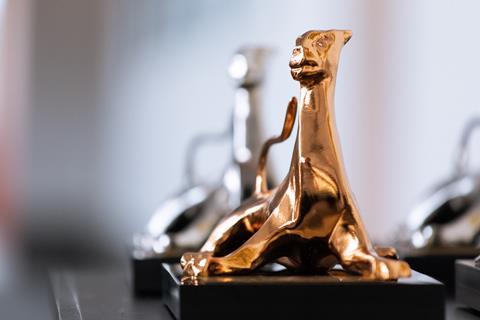 The Locarno Film Festival has opened submissions for the two special Pardo awards it has created to support independent feature filmmaking during the global Covid-19 pandemic.

The festival was forced to cancel its physical edition which was due to take place from August 5 to 15 in Switzerland.

As previously outlined by artistic director Lili Hinstin, the initiative is aimed at supporting feature-length film productions that have been put on hold due to the Covid-19 health crisis. It will consist of two prizes, worth $72,000 (CHF 70,000), aimed at 10 international and 10 swiss productions.

Giving fresh details on the awards today, Tuesday May 12, the festival said the initiative would run under the title of The Films After Tomorrow. The submission process opens today and will run until May 27. The selection of 20 films will be announced on June 25.

The prizes are the first among a series of initiatives being developed by the festival as part of a programme called Locarno 2020 - For the Future of Films, aimed at continuing its work in the absence of a physical edition.

To qualify for the awards, the films must be feature-length and intended for theatrical distribution. They must have been at the start of shooting, in shooting, or at the editing stage at the beginning of the Covid-19 lockdown period began.

“At this difficult time, we tried to come up with a project that would lend a hand to the kind of auteur films that are the bedrock of our programme - that are already tough to produce,” said Hinstin. ”The Pardo 2020 awards are a small incentive to show that we stand with the film industry.”

Hinstin and her team will make the final selection of 10 international and 10 Swiss productions eligible for the awards. The Swiss selection will be organised and promoted in collaboration with national cinema agency Swiss Films, although the Locarno team will have the final say on the selection.

The initiative has public and professional components. Under the public facing component, the directors of the 20 selected projects will join in the creation of a coordinated online programme of screenings, public discussions and masterclasses. Each filmmaker will also chose a title from the history of the Locarno Film Festival, which influenced their life and work, which will then be made available for the public online.

At the same time, two international juries, selected by Hinstin and her programming committees, will assess the unfinished feature productions behind close doors. The filmmakers will be given to free rein to present as little or much material as they wish. The winners will be announced on August 15, on what would have been final day of the festival.

“Together with the directors selected we will make a map of the festival for our audience, with the landmark films that continue to have an influence on great cinema today. Meanwhile, we continue to work on further projects for Locarno 2020. We will do our best to develop concepts for those areas where we can be of most help,” said Hinstin.

The festival will announce further elements of its Locarno 2020 - For the Future of Films programme in the coming weeks.