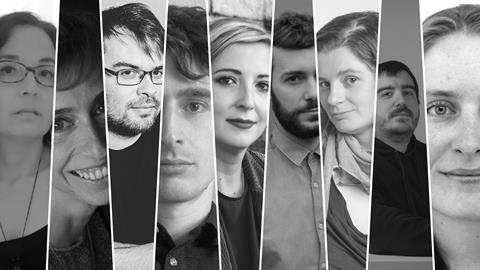 The new committee members have been handpicked by its recently appointed new artistic director Giona A. Nazzaro.

“Setting up a new team with the right skills, know-how and motivation to work with the artistic director is a crucial step. This is a talented line-up of film industry professionals, whose expertise is internationally recognized,” said Nazzaro.

On taking up the post, Nazzaro told Screen that one of his key ambitions was to foster as much diversity as possible within the programme under his watch.

“I am proud of this team, whose members are fully in line with both gender parity and the direction of our artistic research, and I am quite sure that our results will meet the high standards set by the tradition of the Locarno Film Festival,” he said. ”Together they represent a plurality of gazes that perfectly captures the idea of a festival looking to the future.”

The festival said that Nazzaro’s choices had been endorsed by its executive board and that the call for entries had also been brought forward to mid-November so that the new team could begin its work on the selection process as quickly as possible.

The 74th edition of the Locarno Film Festival will take place from August 4 to 14, 2021. It will follow a one-year physical hiatus for the festival this year due to the Covid-19 pandemic.

Full details of the selection committees