'Lost in Karastan' picked up for UK release 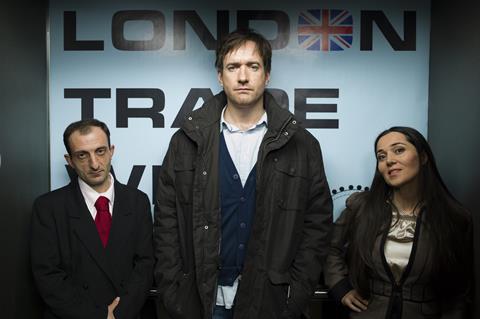 Black comedy Lost in Karastan has been picked up by Bulldog Films for a UK theatrical release this autumn alongside a simultaneous digital rollout.

Michael Cowan’s Phoenix World Entertainment handles international sales on the political satire, which stars Matthew Macfadyen (Anna Karenina) as a British filmmaker hired by the president of Karastan to make an epic movie about the European region.

Ben Hopkins directs from a script he co-wrote with Ida director Pawel Pawlikowski.

The film, which opened the London Comedy Festival in January, is also being released this month across Germany by Piffl Medien as Welcome to Karastan, following its award winning success at the Hamburg Film Festival.

A release in the CIS territories will begin on May 15 through 20 Steps, and further summer festival dates for the film are being lined up including Motovun and Cluj following recent screenings in Prague and Sofia.

Phoenix principal Michael Cowan said there were “a number of outstanding territories in negotiation”, which he expected to close during the Cannes Marche this month. Cowan acknowledged that Ida’s Oscar win had provided a “sales boost” between markets.

It was produced by F&ME, 20 Steps and Metra, and received its world premiere at the Montreal World Film Festival last August.

Also being sold in Cannes is Film and Music Entertainment’s Venice 2014 opener The President, directed by Mohsen Makhmalbaf. International sales are handled by BAC Films.