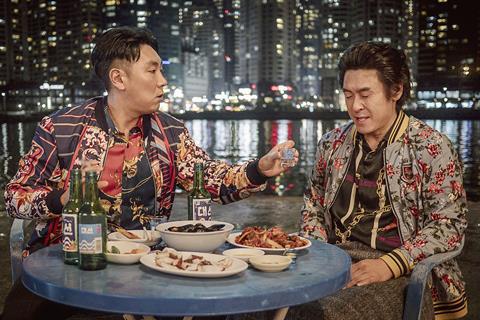 Showbox has announced a raft of sales on comedy drama Man Of Men.

The feature debut of director Yong Soo, Man Of Men stars Sul Kyung-gu (Memoir Of A Murderer) and Cho Jin-woong (The Spy Gone North). The film, which opened in local cinemas on October 2, follows Jang-su (Sul), a terminally ill man who was once a lawyer infamous for taking any case for money.

When he encounters Young-ki (Cho), a low-life gangster doing court-ordered community service, he asks him to help him complete his bucket list in return for a large portion of his life insurance money. The gangster accepts the offer, but the job leads them to unexpected consequences.