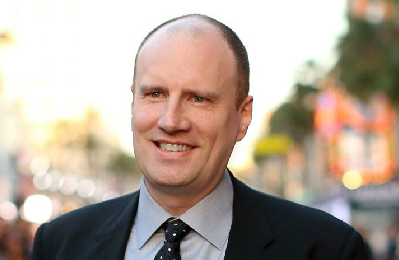 These are busy times for Marvel Studios, which is understood to be lining up an unspecified number of limited series for Disney’s streaming platform that launches in 2019. The series will be based on popular characters from the Marvel Cinematic Universe including Loki and Scarlet Witch, and are expected to star the actors from the original films. Disney and Marvel Studios have not commented on that report.

“Kevin has propelled the Marvel brand to new heights, harnessing the very best international talent, with an unprecedented track record of back-to-back success,” said BAFTA Los Angeles chairman Kieran Breen. “We are honoured to recognise him with this year’s Albert R. Broccoli Britannia Award for Worldwide Contribution to Entertainment.”

Feige has been the driving force behind the phenomenal success of Marvel Studios, which has become a lifeline for theatrical exhibition at a time when the model is coming under sustained attack from streaming services, and scrutiny intensifies over admissions and gross receipts.

This year Avengers: Infinity War grossed more than $2bn worldwide, while Black Panther finished on $1.3bn worldwide. The latter is expected to get a strong Oscar push across multiple categories, one that comes with renewed rigour now that the Academy has pulled its widely reviled ‘popular’ Oscar category proposal.

All 20 Marvel Studios releases have opened at number one in North America and the films have combined for more than $17bn at the worldwide theatrical box office. Six Marvel Cinematic Universe releases have crossed $1bn worldwide.