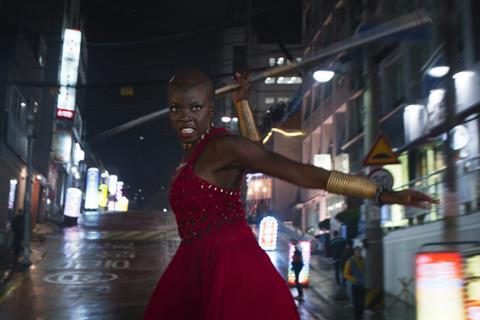 Marvel Studios on Monday (May 3) announced the Black Panther sequel set to open on July 8, 2022, will be called Black Panther: Wakanda Forever as it dropped a sizzle reel promoting cinema-going and upcoming Phase 4 films.

The third Guardians Of The Galaxy instalment directed by James Gunn– GOTGVOL3 – is dated May 5, 2023, and stars Chris Pratt and Zoe Saldana.

Sam Raimi directs Doctor Strange In The Multiverse Of Madness, which opens on March 25, 2022, and stars Benedict Cumberbatch and Elizabeth Olsen.

Disney confirmed on Tuesday (May 4) that Searchlight Pictures’ The Night House has moved from July 16 to August 20 this year.