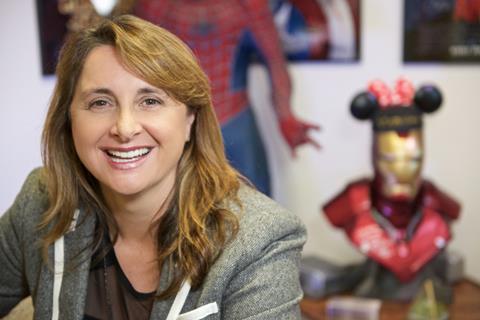 Marvel Studios’ executive vice president Victoria Alonso will be among the headline speakers at the fifth Women In Animation Summit, which will take place as a virtual event in conjunction with the Annecy International Animation Festival’s hybrid edition, running June 14-19.

The theme of the conference will be “The Business Case for Diversity” and it will kick off with a keynote address by Amma Y. Ghartey-Tagoe Kootin. The scholar, writer and producer is currently developing At Buffalo, a musical created from historical records documenting representations of the black experience at the 1901 World’s Fair in Buffalo, New York

She is also vice president of creative affairs at the newly-launched creative team JusticeRx team, which has a focus on content promoting equity, inclusion and social justice. Her keynote will explore how narratives and stories have a direct impact on how we perceive ourselves, the world and each other.

Marvel’s Alonso, who has campaigned for more inclusion, diversity and LGBTQ+ representation in the Marvel universe, will share her perspective on the economic power of diversity in front of and behind the camera in a fireside chat.

The summit will be viewable exclusively as part of Annecy’s virtual programming and for WIA members from June 14-19. WIA was founded in 1995 as a non-profit body to support female animators.