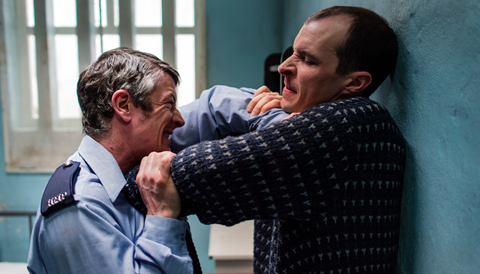 Ryan Kampe will also be talking up recent Sundance and Rotterdam selections Family Life and Columbus, and Sundance and Berlinale selection Dayveon.

Kampe has scheduled a private buyers’ screening for Maze starring Tom Vaughan-Lawlor, Barry Ward, and Martin McCann. Lionsgate will distributes in the UK and a number of territories are pre-sold.

The thriller chronicles the mass break-out in 1983 of 38 prisoners from the Maze high security prison.

The film focuses on Larry Marley, the chief architect of the escape, who strikes up a complex friendship with Gordon, a prison warden.

Stephen Burke directs and Jane Doolan of Mammoth Films and Brendan J. Byrne of Cyprus Avenue Films serve as producers. The Irish Film Board, Film Väst, RTE, and BAI are the financiers.

There are also market screenings for M.F.A., Flesh And Blood, and Cold November.

M.F.A. stars Francesca Eastwood as an art student who becomes a vigilante after she is sexually assaulted at college.

Natalia Leite’s second feature stars Clifton Collins Jr., Leah McKendrick, and Peter Vack. McKendrick wrote and produced alongside Shintaro Shimosawa, and Mike C. Manning. A US deal is pending and is expected to be announced in the coming days.

Mark Webber wrote, directed and stars in Flesh And Blood, about a man who returns home from prison and attempts to rebuild his life in his impoverished neighbourhood in Philadelphia.

Cold November centres on a 12-year-old girl on her first deer hunt. Bijou Abas stars as the youngster who must fend for herself when she is accidentally left behind in the wilderness.

Kogonada’s drama Columbus premiered at Sundance and stars Parker Posey, Rory Culkin, and Michelle Forbes and will open in the US via Superlative Films / Depth Of Field.

Two other Park City premieres round out Visit’s sales roster. Comedy-drama Family Life opens in the US through Monument Releasing, while the rites-of-passage drama Dayveon from Amman Abbasi will open through FilmRise in North America.