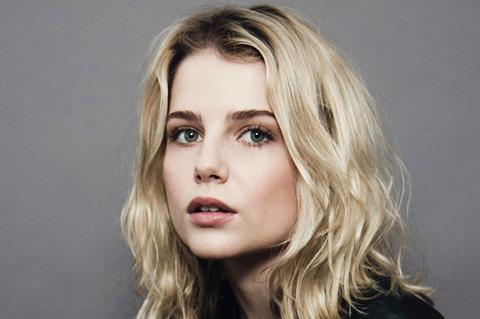 Ian Bonhôte, co-director of Bafta-nominated documentary McQueen, has signed to direct Faithfull, a biopic of Marianne Faithfull, which the UK’s Altitude has acquired to sell worldwide.

Set in mid-1960s London, Faithfull is set to star the previously announced Lucy Boynton, best known for Bohemian Rhapsody, as the iconic singer-songwriter. Faithfull went from inspiring some of the biggest hits of the Rolling Stones while in a tumultuous relationship with Mick Jagger to becoming a homeless drug addict in London.

Bonhôte, whose documentary about fashion designer Alexander McQueen was nominated for two Baftas in 2019, said: “The film will explore female-led issues as well as the injustices she [Faithfull] suffered in her quest to be recognised as an artist.”

“I am delighted that my story is finally being made,” Faithfull added.

Altitude has acquired worldwide sales rights and will begin pre-sales at the European Film Market (EFM) in Berlin later this month.

Casting is underway for the role of Mick Jagger handled by casting director Sarah Crowe, Bafta-nominated for The Personal History of David Copperfield. Production is set to begin this autumn.

The producers are Julia Taylor-Stanley of Artemis Films, whose credits include documentary Ferrari – Race To Immortality, Coriolanus and The Tempest, and Colin Vaines of Synchronistic Pictures, producer of Film Stars Don’t Die In Liverpool and Coriolanus.

Andee Ryder (McQueen) will also produce for Misfits Entertainment. In addition, Boynton will serve as an executive producer alongside Julian Bird and Abi Gadsby from Lorton Entertainment, Francois Ravard, Gideon Wittenberg and Will Clarke, Andy Mayson and Mike Runagall for Altitude. Hilary Davis (Belle) is a co-producer.

It marks the first executive producer credit for Boynton, who played Freddie Mercury’s longtime companinon Mary Austin in Bohemian Rhapsody and is also known for roles in Sing Street and Netflix series The Politician.

Faithfull is being backed by Lorton Entertainment, whose recent credits include Diego Maradona and Oasis: Supersonic.