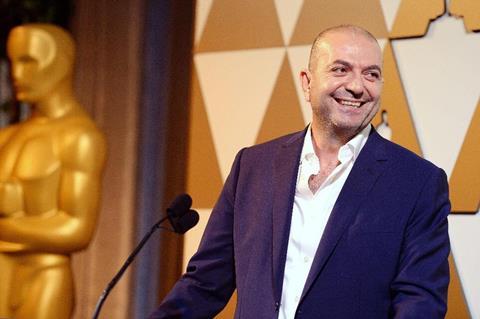 It is the Golden Globe-winning and Oscar-nominated director’s first feature shot in Palestine since his 2015 drama The Idol about a talented young singer who makes his way out of the Gaza Strip to compete in Arab Idol.

Based on real events, the new film co-stars Manal Awad as a woman who runs a network of informers out of a hair salon in Bethlehem opposite Maisa Abd Elhadi as a young woman she attempts to blackmail into providing information.

When a group of militants raid the salon, both women find themselves caught up in a heart-racing fight for survival.

They are joined by Ali Suliman, in the role of a militant chief leading the investigation. He co-starred in Abu-Assad’s 2005 Golden Globe-winning suicide attack drama Paradise Now and more recently has broken out internationally with roles in Tom Clancy’s Jack Ryan and The Looming Tower.

“Seldom do I find a story inspired by real events that also contains contradictions that is organically entertaining, a ticking bomb, ensuring tension, and where you find yourself emotionally involved, clearly rooting for the protagonist,” said Abu-Assad. ”From an artistic point of view, Huda’s Salon is the ultimate interface space of two contradictory forces, betrayal and loyalty, that synthesize into an intriguing vision.”

Now in pre-production, the film will shoot in March in Palestine. Abu-Assad and Amira Diab lead produced under the banner of their H & A Production alongside Egyptian producer Mohamed Hefzy at Cairo-based Film Clinic.

Maher Diab and Alaa Karkouti at Cairo-based Mad Solutions and Shahinaz ElAkkad at Lagoonie Film Production are co-producers and co-handle rights in the Middle East and Africa.

Daniel Ziskind is an associate producer for Film Clinic. Key Films in the Netherlands is on board as a co-producer.

MFI, which celebrates its15th anniversary this year, is also handling Berlinale opening film My Salinger Year and Persian Lessons, which premieres as a Berlinale Special Gala.

“We always wanted to work with Hany Abu-Assad. He has written such an original and inventive script that infuses poignant portraits of women into a tense and super-efficient spy thriller,” said MFI sales chief Mathieu Delaunay. “Their lives hang by a thread, it’s a real page-turner. Huda’s Salon is a dream project: a director-driven commercial film.”