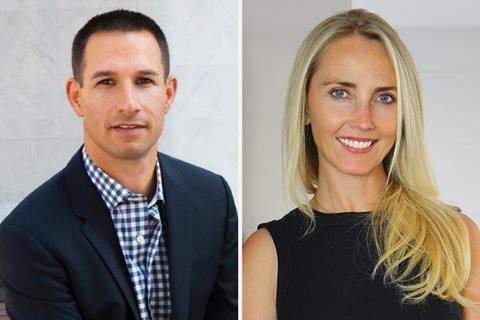 MGM has promoted Cassidy Lange and Adam Rosenberg to co-presidents of production.

The two executives, who will work on MGM’s film franchises and reimagined library IP as well as original productions, will report to MGM Motion Picture Group president Jonathan Glickman.

Lange joined MGM in 2011 as senior vice president of development and production, after stints at Fox Atomic and Spyglass Entertainment. At MGM she has shepherded films including Me Before You, Tomb Raider and the recent remake of Overboard. She is currently developing the third installment of the Legally Blonde franchise.

Rosenberg, who joined MGM in the same year and with the same title as Lange, has overseen production on projects including Creed, the new version of The Magnificent Seven and Barbershop: The Next Cut. He is currently developing the next installment of RoboCop. Before MGM, he worked at Spyglass Entertainment with Glickman and at Scott Rudin Productions.

Commenting on the appointments, Glickman said: “Cassidy and Adam are the perfect pair to seamlessly lead MGM’s production team into the future. They have worked collaboratively for seven years, supervising a diverse slate of films ranging from revitalising a franchise like Creed to the international breakout romance Me Before You and everything in between. As I’ve seen firsthand, they balance their strong business sense with extraordinary creative passion and we couldn’t have a more complementary and formidable team overseeing theatrical production.”