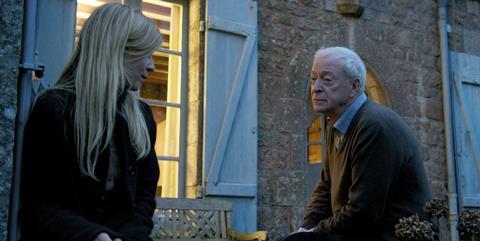 Sandra Nettelbeck’s romantic drama, starring Michael Caine, Clemence Poésy, Jane Alexander and Anne Alvaro, premiered at the Cannes Marche. It centres on a lonely American widower in Paris, who learns to love life again after a chance encounter with a beautiful and vibrant young woman.

Global Screen also announced several other sales in the wake of the market.

HBO has taken Five Years, Ludwig II and Allez, Eddy! as well as German comedy Men Do What They Can.

“We enjoyed a busy market in Cannes with a very successful market premiere for Mr. Morgan’s Last Love, which we have sold to 20 territories”, said Julia Weber, head of theatrical sales at Global Screen.

“Character-driven drama with an international cast attached continues to sell very well for us.”