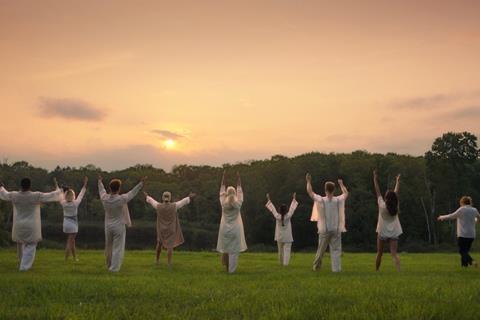 Falcon has acquired the drama for Indonesia and Take One for Scandinavia. Fiona Dourif and Brad Dourif star in the tale of a disillusioned freelance writer who becomes infatuated by a charismatic self-help guru.

As previously announced Gravitas Ventures holds North American rights and plans a Thanksgiving release in the US. Emrhys Cooper directed.

Mind The Gap has been building up its slate since launching its sales arm in March 2020 and is also talking to global buyers this week on Luis Ismael’s historical epic 1618 about the Inquisition’s persecution of Portuguese Jews. The cast is led by Pedro Laginha, Paulo Manso and Rui Neto. Samuel Goldwyn Films has acquired the film for the US, Canada and Latin America, and Cinemundo plans a theatrical release in Portugal.

Rounding out the AFM sales roster are Denise Richards thriller Among The Ashes which is set to begin production in November in Ohio and centres on a housekeeper who exposes her employers’ terrible secret; and Christin Baker’s LGBTQ+ romance Christmas At The Ranch starring Amanda Righetti, Lindsay Wagner, Laur Allen and Archie Kao.