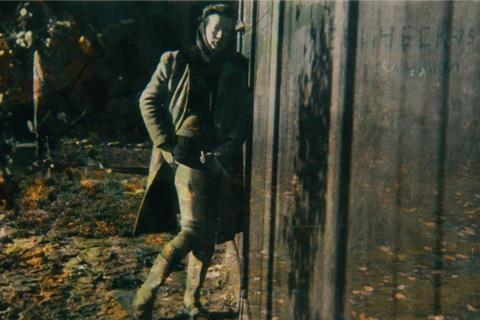 ‘From Where They Stood ’

Paris-based company mk2 films has acquired world sales rights for French director Christophe Cognet’s documentary From Where They Stood ahead of its world premiere in the Berlinale’s Forum strand.

It is one of 17 features selected for the Forum line-up which has been slimmed down this year to half its normal size as part of the Berlinale’s compact two-part 2021 edition, which kicks off with an industry-focused online-only event from March 1-5.

The work takes its cue from a collection of some 80 photos shot clandestinely by prisoners held in World War Two Nazi concentration camps, including Buchenwald, Dachau, Ravensbrück and Auschwitz-Birkenau.

Cognet retraces the paths of the men and women who courageously took the photos to reveal the circumstances and stories behind the images.

The work grew out of research Cognet did for his 2013 documentary Because I Was A Painter, Art That Survived The Nazi Camps, about the creation of art in the camps.

It is lead produced by the Bordeaux-based documentary collective L’Atelier Documentaire.