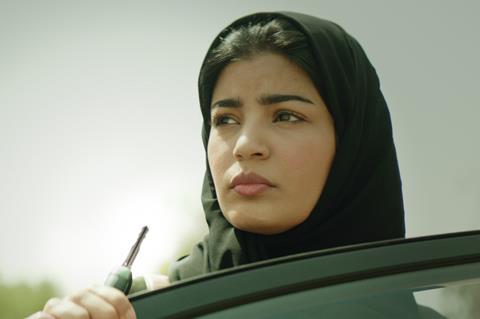 The film, about a young Saudi doctor who becomes the first woman to run for office in her local city elections, is set for release in the UK and Ireland in spring 2020.

It marks Al Mansour’s second feature shot in her native Saudi Arabia, following her 2012 breakthrough feature Wadjda about a young girl desperate to ride a bicycle.

It also continues the relationship between Modern Films CEO Eve Gabereau and the film team, having acquired Wadjda for the UK in 2012 while at Soda Pictures, now known as Thunderbird Releasing.

Starring newcomer Mila Alzahrani, it is the first major feature to come out of Saudi Arabia since the 2017 lifting of its 30-year ban on cinema.

The Perfect Candidate was produced by Al Mansour Establishment for Audiovisual Media and Berlin-based Razor Films in cooperation with Norddeutscher Rundfunk.

It had the support of the German national film fund FFA Filmförderungsanstalt and regional fund Medienboard Berlin-Brandenburg, Mitteldeutsche Medienförderung and the General Culture Authority of Saudi Arabia.