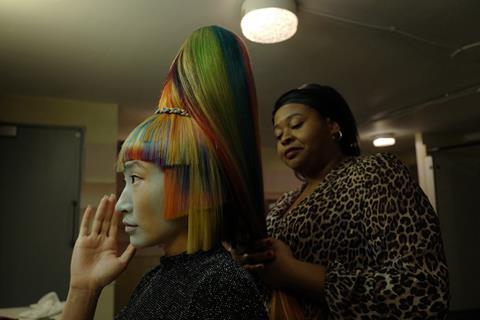 It has also taken rights for Switzerland, Turkey, India and Southeast Asia. Mubi has committed to a theatrical release for UK-Ireland.

Medusa Deluxe is a murder mystery set in a competitive hairdressing competition. The death of one of the community sows divisions in a group whose passion for hair verges on obsession.

Medusa Deluxe is produced by Michael Elliott, Louise Palmkvist Hansen and Lee Groombridge for the UK’s Emu Films. The BFI and BBC Film developed and financed the title, with further financing in association with Time Based Arts.

Hardiman was named a Screen Star of Tomorrow as a writer-director in 2021.