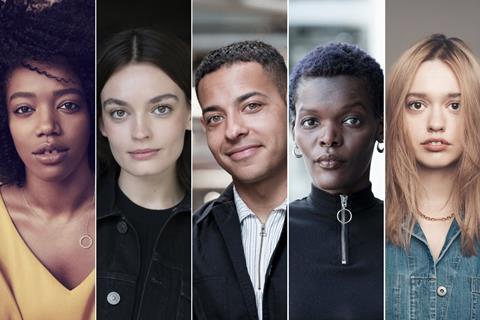 Bafta has announced the five actors nominated for the 2023 EE Rising Star award.

Four of the five nominees were previously named Screen UK & Ireland Stars of Tomorrow: Ackie in 2017, Mackey in 2019, and Atim and McCormack in 2021.

The nominees were announced by presenter Edith Bowman at an event at London’s Savoy Hotel. New Bafta CEO Jane Millichip gave a short introduction at the event, which was also attended by Bafta chair Krishnendu Majumdar.

Ackie, Atim and McCormack were present at the event, and took part in a discussion with Bowman about their recent roles and future careers.

All five nominees are from the UK and Ireland; the award is the only Bafta film award voted for by the public.

Nominees are not directly selected for a single performance, although they have typically received acclaim in the past year for one particular role.

For Ackie, it is Whitney Houston: I Wanna Dance With Somebody; for Wood, it is Living; for Mackey, it is Emily; for Atim, The Woman King; and for McCormack, Good Luck To You, Leo Grande.

The full Bafta nominations will be announced this Thursday, January 19; the winners will be revealed at the Bafta Film Awards on Sunday, February 19.

Last year’s award was won by Lashana Lynch, star of James Bond title No Time To Die and subsequently last year’s The Woman King with Atim.