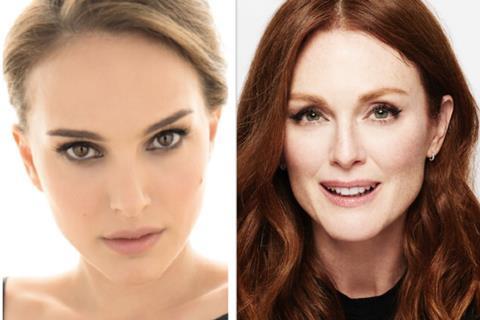 Natalie Portman and Julianne Moore will star for Todd Haynes in May December, which Rocket Science will introduce to international buyers at the virtual Cannes market this month.

UTA Independent Film Group and CAA Media Finance represent US rights to the drama based on Samy Burch’s screenplay from a story by Burch and Alex Mechanik.

Principal photography is scheduled to commence next year. May December centres on the interaction between Hollywood star Elizabeth and Gracie, a woman Elizabeth will portray in a film and whose notorious tabloid romance made headlines two decades earlier.

The arrival at Gracie’s home prompts a shift in family dynamics, as the women see their own similarities and differences, and Gracie’s husband Joe, 23 years her junior, contemplates empty nest syndrome as their twins prepare to graduate from high school.

Jessica Elbaum and Will Ferrell of Gloria Sanchez Productions, and Christine Vachon and Pam Koffler of Killer Films will produce alongside Portman and Sophie Mas of MountainA.

Moore has worked with Haynes on five films including Far From Heaven, and will next star in Dear Evan Hansen. Portman recently wrapped principal photography on Thor: Love and Thunder.

Haynes’s documentary The Velvet Underground, produced by Killer Films, will receive its premiere in Cannes Official Selection next month.