Need for Speed races to top of the UK box office 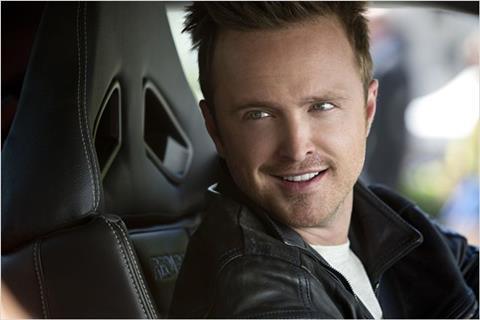 Defying the good weather and a big sporting weekend, Need for Speed has sped to the top of the UK box office.

eOne’s video game adaptation clocked a decent non-final $3.3m (£2m) debut, including previews, from its 472 sites. It’s worth noting that even its Fri-Sun tally of $2.6m (£1.5m) would have also seen it top the chart.

The opening means Need for Speed is already director Scott Waugh’s best-ever UK performer, ahead of Act of Valour. The Fast and the Furious landed in Sept 2001 with $2.9m (£1.8m) from its 414 sites.

With A Long Way Down and Labor Day the only major releases this week, Need for Speed stands a great chance of retaining the top spot if it holds well.

Climbing one place to second, Fox’s The Grand Budapest Hotel dropped just 23% in its second weekend.

Crossing £30m in its fifth weekend in play, The Lego Movie built up a further $1.7m (£997,000) through Warner Bros. The critically acclaimed 3D animation is up to an excellent $50m (£30.1m) in the UK and should be around to benefit from the Easter school holidays in the coming weeks.

Despite being available on VoD, the big screen return of Veronica Mars (courtesy of Kickstarter) enjoyed a healthy UK bow of $55,000 (£33,000) from its 11 sites through Warner Bros.

Thanks to its opening, Under the Skin is set for a “significant expansion” this coming Friday [March 21] according to the distributor.

This week sees saturation releases for Lionsgate’s A Long Way Down and Paramount’s Labor Day.

Fox’s Starred Up and Sony’s About Last Night both receive wide releases, while Peccadillo’s G.B.F., Dogwoof’s The Unknown Known and eOne’s Yves Saint Laurent are among the films receiving limited releases.