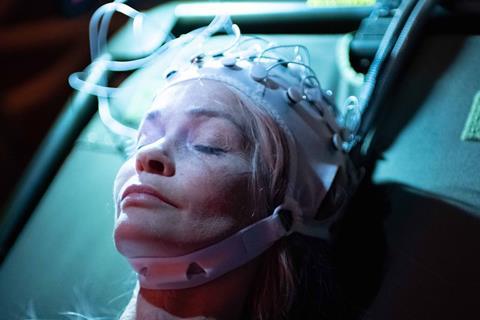 UK genre festival Festfest is to open this year’s edition with Neill Blomkamp’s Demonic and has revealed the first wave of titles set to screen at its first in-person event since 2019.

The supernatural thriller, shot by South African writer/director Blomkamp during the pandemic, will receive its European premiere at Frightfest, which will take place in central London from August 26-30.

The festival will close with the UK premiere of Taiwanese virus horror The Sadness, which marks the feature directorial debut of Rob Jabbaz.

The 22nd edition of Frightfest will mark a return to a physical event for the long-running genre festival, which postponed last year’s annual summer event to October but still had to take place online as a result of the pandemic.

It has now revealed the first 25 films selected for its return to the cinema, which includes four world premieres and eight international and European premieres.

Further notable features include US action-horror Prisoners Of The Ghostland, directed by Japan’s Sion Sono and starring Nicolas Cage; and Amber Sealey’s US crime drama No Mad Of God, starring Elijah Wood as an FBI profiler assigned to interview serial killer Ted Bundy.

Frightfest will reveal titles in its Discovery and First Blood strands in the coming weeks.