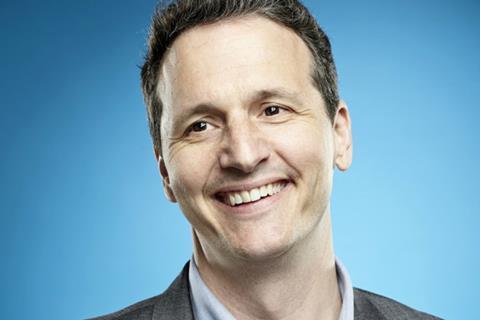 NEON is in the early stages of putting together a programme to support what co-founder Tom Quinn referred to as the “sustainable theatrical release” of documentaries.

Quinn (pictured), whose company acquired Tim Wardle’s Sundance US Documentary Competition selection Three Identical Strangers in January, teased the initiative at a Hollywood panel on the evolution of the industry although he declined to go further, adding that it was still too soon to unveil comprehensive details.

His comments came in a discussion about the non-fiction form as part of the ‘Make it or Break It: How Will Hollywood Evolve’ panel at Winston Baker’s Entertainment Finance Forum / L.A. at the W Hollywood on Friday (March 2).

Quinn, a passionate champion of theatrical distribution and documentaries, claimed Three Identical Strangers was “the most incredible story in Sundance”, adding: “I want to bring some theatrical life back to non-fiction.”

NEON is riding high after Allison Janney won the best supporting actress Oscar for I, Tonya on Sunday, a day after she prevailed at the Spirit Awards, where editor Tatiana S. Riegel also won, and NEON’s Ingrid Goes West was named best first feature. NEON and 30WEST jointly picked up North American rights to I, Tonya in Toronto. In January 30WEST announced it had acquired a majority stake in NEON.

The vitality of the theatrical experience formed the backbone of much of the panel, whose speakers included Birdman producer and Le Grisbi Productions founder John Lesher, producer and Kandoo Films founder Howard Barish, and Passionflix founder and producer Tosca Musk.

“There’s never been more money available for content in different ways… but then it becomes a question of how to stand out,” Lesher told industry attendees. “How do you create the urgency to see [something]? If it’s always available, maybe you never see it.”

That was Quinn’s cue to wax lyrical on the power of theatre-going. “The word ‘content’ puts me to sleep. My goal at NEON is cinema, and trying to define the difference between content and cinema,” he said. “Cinema is a transactional exchange between an audience and its creators and you have to commit to it.

“The smallest shelf space that’s available where you can make the most noise is in theatres. You really have to build it [to transcend the options an audience has at home.] The things that get written about in the media are about what’s happening in theatres. NEON is a homage to what you see on screen and what you see on a marquee and they work hand-in-hand.”

Echoing Lesher’s remarks, Quinn said, “The minute you take away the transaction it becomes ubiquitous.” The panel praised premium experiences like in-theatre dining that ‘eventised’ an evening at the cinema.

However when Quinn said an issue-driven theatrical release had the power to create change, Passionflix founder Musk stressed that theatres were not the only venue to make an impact.

Earlier in the panel, Musk – the sole woman on the panel – added her perspective to the chorus of approval for diversity and gender parity. “Digital distribution has removed the barrier to entry… as female filmmakers we were finding it very hard to make content.”

Barish noted how he championed Ava DuVernay’s first film, serving as executive producer on the 2010 drama I Will Follow, and produced her 2012 Sundance breakout Middle Of Nowhere.

The Association Of Film Commissioners International is an associate partner of the Entertainment Finance Forum.