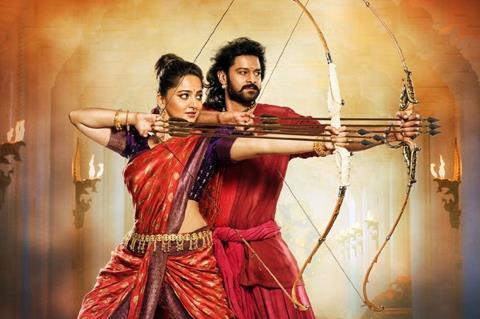 Streaming service Netflix is to make a prequel series to the successful Baahubali Indian film franchise, entitled Baahubali: Before The Beginning.

Taking place before the events of Baahubali: The Beginning and Baahubali 2: The Conclusion, the two-season series will be made with the team behind the original franchise, including Arka Media Works and the films’ director S.S. Rajamouli. Deva Katta (Prasthanam) and Praveen Sataru will direct the series.

Season one will consist of nine episodes and is based on Anand Neelakantan’s book The Rise Of Sivagami. The story follows Queen Sivagami’s journey from a rebellious, vengeful girl to a wise queen against the rise of the Mahishmati kingdom.

”With Netflix as our partner, we have the opportunity to create a rich and riveting series and take this quintessential Indian epic to the world, which is very gratifying to me as a story-teller” said Rajamouli.

Prasad Devineni, producer, Arka Media Works, commented: “This partnership gives us the reach and the creative freedom to bring to life the full potential of the series in all its grandeur and exceed the high expectations set by both our films.”

Both films in the Baahubali franchise were box office hits, with the second grossing $270 million worldwide, including $20 million in the US, to become the second highest grossing Indian film of all time. Together they make up India’s biggest film franchise by gross.