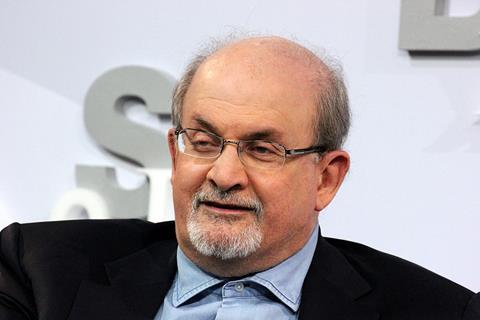 Netflix has ordered dramas based on Salman Rushdie’s Midnight’s Children and the music of Los Angeles.

The streaming giant has signed on for a multi-part adaptation of Rushdie’s 1981 novel, which follows the life of a boy born at the stroke of midnight on August 15, 1947 – the date of India’s independence from Britain.

The drama is among the first series orders from new commissioner Simran Sethi, who joined Netflix’s international originals group last year and oversees content out of India.

Although Netflix has ordered a number of Indian originals in recent months, it has struggled to establish a footprint in the territory, which is dominated by regional SVoD Hotstar and its subscriber base of around 75m.

Rushdie has said he will be “working with [Netflix] to help create” Midnight’s Children, which was previously adapted as a feature film in 2012 by Canadian director Deepa Mehta.

Erik Barmack, vice-president of international originals, said the novel’s themes are “still relevant to the India of today.”

“The narrative continues to fascinate audiences decades after it was first published,” he said, “We are incredibly excited to translate this pioneering work of fiction that parallels the birth of modern India, for a global audience.

“The rich experience and talent of Indian creators, combined with the global reach of Netflix, have the potential for millions more people around the world to rediscover this story.”

The adaptation was first reported by US trade outlet The Hollywood Reporter.

The 10-part romantic musical drama, written and executive produced by Gossip Girl EP Joshua Safran, follows the love stories connecting a diverse and disparate group in contemporary Los Angeles through the music that defines them.