New guidelines force closure of all cinemas throughout Germany 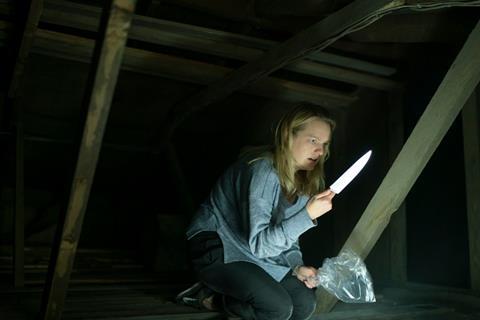 All of Germany’s cinemas must now be closed to the public due to the coronavirus pandemic following an agreement reached on Monday (16 March) by the Federal Government in Bonn with the prime ministers of the 16 regional Länder.

The new guidelines specify that cinemas, along with bars, clubs, theatres, opera houses and museums will shut down until further notice.

At the weekend, cities such as Berlin, Cologne and Hamburg announced measures to restrict social contact, which had included the closing of cinemas, and the Länder of Baden-Württemberg and Bavaria followed suit on Monday morning by issuing their own blanket bans on cinema screenings together with other cultural activities.

This latest development comes as the 270-member strong German Producers Alliance issued a statement calling for solidarity within the film industry and its partners at the broadcasters and film funding bodies.

The Alliance’s chairman Alexander Thies said: “the coronavirus, with its global impact, represents an unprecedented challenge for all of us. In order to prevent the spread of the virus, ever more far-reaching measures are being taken to protect the population, with direct consequences for the German production industry as well. It is therefore of particular importance for the German Producers Alliance to counteract possible irreversible damage to the film and television production industry.”

The Alliance’s board had discussed how the current situation will affect the film and TV sector during a specially convened telephone conference yesterday. “We would like to express our full solidarity with our partners - but also to demand it in return,” Thies said. “That is why we are proposing constructive and, above all, joint steps to overcome the crisis in order to protect the industry from a situation that threatens its very existence.”

The producers association called on the German TV production sector’s leading customers, broadcasters ARD, ZDF, RTL, ProSiebenSat.1 and RTL ZWEI, “to adopt a responsible and transparent approach towards the producers for productions that have already started or are about to start”, noting that “the producers must not be left alone with the risks and immense additional costs of aborted productions or those that have not begun.”

In addition, the Alliance requested that the German Federal Film Board (FFA), the German Federal Film Fund (DFFF), the BKM cultural film funding programme and the regional film funds “adapt their funding guidelines to the exceptional situation without delay. The guidelines must provide for the possibility of supplementary financing for cancelled or postponed productions and the suspension of claims for repayment.”

The coronavirus made its mark on the attendance at those cinemas which were still operating at the weekend. Admissions for the top 20 films fell by 75% compared to the previous weekend with only 365,000 tickets sold, an all-time low for a March weekend.