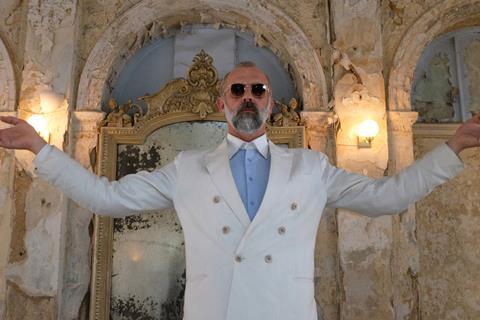 World premieres by Nikias Chryssos and Franziska Stünkel were among the winners of the German Cinema New Talent Awards at this year’s Filmfest München, which wrapped at the weekend.

Chryssos won the best director award for his second feature A Pure Place, an offbeat coming-of-age tale about two young siblings engulfed in a secret community obsessed with soap, located on a remote Greek island. He was selected by a jury comprised of actors Sophie von Kessel and Komi M. Togbonou, and Barbara Mundel, artistic director of the Münchner Kammerspiele.

The co-production between Violet Pictures and View Master Films is being handled internationally by The Playmaker Munich.

The award for best screenplay went to Franziska Stünkel for her second feature, The Last Execution, which is inspired by the life of Werner Teske, the last man to be executed in former East Germany in 1981 before the death penalty was finally abolished in 1987.

Starring Lars Eidinger, Devid Striesow and Luise Heyer, the historical drama will be released in German cinemas by Warner Bros  and is being sold internationally by Global Screen.

The jury gave its award for best producer to Miriam Düssel of Akzente Fernseh und Filmproduktion for Lena Stahl’s directorial debut, My Son, starring Anke Engelke and Jonas Dassler. Beta Cinema is serving as sales agent for the mother-son road movie which is also being released in Germany by Warner Bros.

Martin Rohde received the best actor prize for his performance in Dominik Galizia’s Heiko’s World. The jury described Rohde’s portrayal of the perpetual loser Heiko as ”unpretentious, precise, touching, witty, and with a convincing affinity for the world of darts, the sausage stands and corner pubs and the people who frequent them”.

The winning films of this year’s New Talent Awards were among 14 new German productions which had all been presented as world premieres in Munich’s New German Cinema sidebar.

The festival’s awards ceremony at the weekend saw the Fipresci jury of three international critics present its prize for the best film in the New German Cinema section to Mareille Klein’s German-Swiss co-production Monday Um Zehn, while the ARRI/Osram Award for the best international film in the CineMasters competition went to Dominik Moll’s drama Only The Animals.  Ivory Coast filmmaker Philippe Lacôte received the CineVision competition’s award for best international film by an emerging director for Night Of The Kings.

The decision to move the dates of the 38th edition of Filmfest München by a week to begin from July 1 meant that the festival’s organisers were able to include traditional screening venues such as the Rio Filmpalast and Astor Filmlounge at Arri in addition to nine outdoor locations throughout the Bavarian capital.

Festival director Diana Iljine and her team programmed 70 feature-length films from 29 countries, including 28 German premieres and 33 world premieres, and honoured actresses Senta Berger and Robin Wright with the CineMerit Award for their achievements in the art of film.