Norway’s film and TV rebate to launch in January

Incentive scheme will offer $5.17m in its first year; Tomas Alfredson’s The Snowman could be first beneficiary. 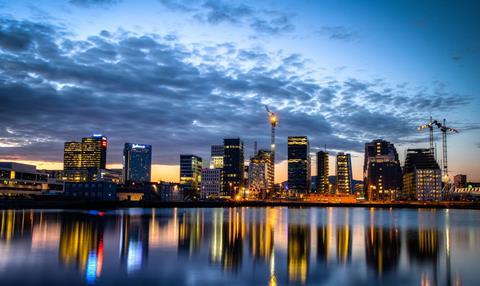 After receiving parliamentary approval, Norway’s new tax incentive scheme will become active on Jan 1, 2016 and will offer $5.17m (NOK45m) in its first year.

The Norwegian Film Institute will administer the incentive, which offers productions that are fully or partly produced in Norway a 25% rebate – as a grant — on costs spent in the country.

Norway becomes the second Nordic country to have a filming incentive, after Iceland.

One of the first projects to benefit could be Tomas Alfredson’s Jo Nesbo adaptation The Snowman, which is due to start shooting in Oslo in early 2016.

It will be up to production companies or producers to apply for the incentive. The main producer for the project must have produced at least one film, drama series or documentary series in the past five years “that has been widely distributed.”

Projects have to have a production budget of a minimum level:

At least 30% of a project’s financing must come from international sources, and international distribution must be in place. Projects also need to pass a qualification test.

The online application form will be available from Jan 1 and the first application deadline is Jan 21.

The guide for applicants is here: http://www.nfi.no/english/144711/guide-for-applicants