Inside the North & South American entries to this year’s Foreign-Language Oscar race. 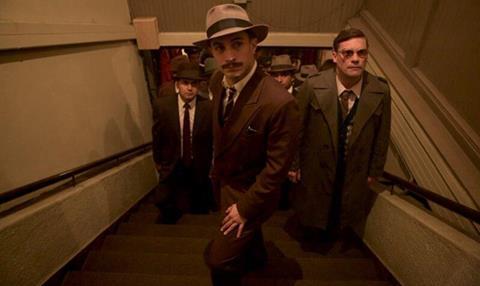 About Us (Costa Rica)

Writer-director-star Hernan Jimenez’s romantic comedy concerns a couple (played by Jimenez and co-star Noelia Castano) having relationship problems who head off to the beach in the hope of rekindling their flame. About Us is the director’s first full-length feature since 2012’s The Return, a drama about a young man confronting his past.

The second feature from Jose Luis Rugeles following Garcia (2010) premiered in Un Certain Regard at Cannes in 2015. It tells the story of a pregnant 13-year-old guerrilla tasked with taking a newborn out of the civil war zone and into safety. Colombia was nominated in this category last year with Embrace Of The Serpent.

The seventh feature from Spain-based Uruguayan director Manane Rodriguez (The Lost Steps) is set both in the present day and during the Uruguayan dictatorship of the 1970s. Cecilia Roth (best known for her work with Pedro Almodovar) stars as a woman once disowned by her well-to-do family who is now considering a return to Uruguay after becoming a grandmother.

The second film by Pavel Giroud to represent Cuba in the foreign language category after The Silly Age in 2007, The Companion premiered at Busan in 2015. It spins a buddy drama out of the true story of a sanatorium set up by Fidel Castro’s government to quarantine Aids victims in the 1980s.

Oscar Martinez (Wild Tales) won the best actor prize at Venice this year for his performance in this dark comedy about a Nobel-winning author who embarks on an ill-fated victory tour of his home town. Directors Mariano Cohn and Gaston Duprat (The Man Next Door) display their customary verve and provocative social conscience.

From Afar arrives laden with prestige, having won the Venice Golden Lion in 2015, when it was the first Venezuelan competition entry on the Lido. The character study chronicles the life of a middle-aged gay man in Caracas who is dealing with the return of his estranged father.

It’s Only The End Of The World (Canada)

Gaspard Ulliel plays a terminally ill prodigy who returns to his family in Dolan’s starry Cannes Grand Prix winner. This is the French-Canadian director’s third film to fly the flag for Canada after I Killed My Mother in 2009 and Mommy in 2014. Can we now stop calling him a wünderkind?

Brazil-New Zealand co-production Little Secret centres on three families dealing with personal dramas. The film’s submission to the Oscar race ahead of the Sonia Braga-starring Aquarius was a surprise, and sparked protest on social media. Brazil has never won in the category, and has not been nominated since 1998’s Central Station.

Chilean master Pablo Larrain delivered two films in 2016 and, despite the accolades for Natalie Portman in Jackie, this is his towering achievement. Luis Gnecco and Gael Garcia Bernal star in this playful Spanish-language biopic of poet Pablo Neruda, on the run in postwar Chile from a dull-witted cop in search of gravitas.

This thriller stars Elmis Castillo as a Panamanian living in the US who returns home for a funeral, only to be caught up in the criminal activity of his father (Jaime Newball). Filmed on location in Panama City, Salsipuedes is the feature debut of co-directors Ricardo Aguilar Navarro and Manolito Rodriguez.

Winner of the Special Jury Award and nominated for the Golden Peacock at this year’s International Film Festival of India, Julia Vargas’s film sees a Bolivian cop charged with moving a trainload of toxic cargo to Chile. The last time Bolivia submitted a film to the Academy was in 2014, with Olvidados, and the country has not yet landed a nomination.

Such Is Life In The Tropics (Ecuador)

In a strong year for Latin American nominations, the Ecuadorian entry - only the fifth ever from the country - is something of a dark horse. Co-produced with Germany and Mexico, Sebastian Cordero’s hard-boiled thriller, so far seen only on home ground and at Morelia Film Festival, revolves around a dispute between a rich landowner and a group of squatters.

Set against the brutal dictatorship of Rafael Trujillo in the 1940s, this drama stars Dominican actor/singer Hector Anibal as a peasant who is forced to flee after killing a soldier in a bar-room brawl. After hiding out for a year on a remote fishing island, he returns to his wife and daughters.

Videophilia (And Other Viral Syndromes) (Peru)