Oscars 2018: 'The Shape Of Water' leads the way with 13 nominations 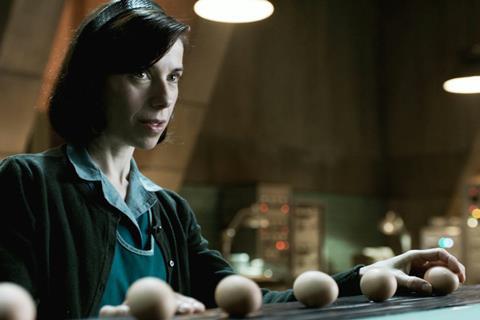 The nominations for the 90th Academy Awards have been announced in Los Angeles, with The Shape Of Water leading the way with 13 nods.

It is one of nine films in the best picture category and is competing against Call Me By Your Name, Darkest Hour, Dunkirk, Get Out, Lady Bird, Phantom Thread, The Post and Three Billboards Outside Ebbing, Missouri.

Greta Gerwig becomes only the fifth woman to be nominated for best director, for Lady Bird. She is joined by del Toro, Jordan Peele (Get Out), Christopher Nolan (Dunkirk) and Paul Thomas Anderson (Phantom Thread). The best director lists for the Baftas and the Golden Globes were all male.

Gary Oldman will be the man to beat in the best actor category after his performance as Winston Churchill was honoured at the Golden Globes. He will compete against Timothée Chalamet (Call Me By Your Name), Daniel Kaluuya (Get Out), Daniel Day-Lewis (Phantom Thread) and Denzel Washington (Roman J. Israel, Esq.).

The two frontrunners for best actress appear to be Sally Hawkins  (The Shape Of Water) and Frances McDormand (Three Billboards Outside Ebbing, Missouri). They are up against Margot Robbie (I, Tonya), Saoirse Ronan (Lady Bird) and Meryl Streep (The Post).

Christopher Plummer makes the supporting actor list, after replacing Kevin Spacy at the last minute in All The Money In The World.

Two actors from Three Billboards Outside Ebbing, Missouri are also on the list: Sam Rockwell (perhaps the favourite) and Woody Harrelson, alongside Richard Jenkins (The Shape Of Water) and Willem Dafoe (The Florida Project).

The 2018 Academy Awards will take place at the Dolby Theater in Hollywood on March 4. Jimmy Kimmel is once again hosting this year’s ceremony.