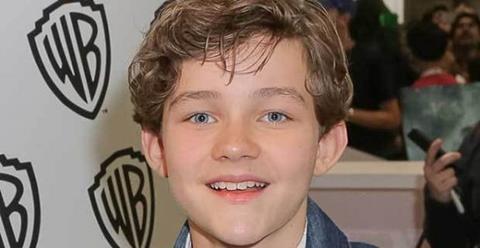 Miller will play a 12-year-old boy with a devious side, with DeJonge as a babysitter battling to protect her young charge in a home invasion with a surprising twist.

The film, which Peckover co-wrote with Zack Kahn, is due to shoot in Australia in January 2016. “Safe Neighborhood is Home Alone meets Scream,” said producer Brett Thornquest of Australian Storm Vision Entertainment, which is producing the film alongside Los Angeles-based Best Medicine Productions.

“Chris and Zack have written a killer script and this film will be equally smart and stylish, scary and tense - a sure-fire white-knuckle ride that pushes the thriller genre in a whole new terrifying direction.

Alongside Thornquest, other producer credits include Sidonie Abbene, also at Storm Vision, and Best Medicine’s Brion Hambel and Paul Jensen. Steven Matusko, Shane Abbess and Lorenzo De Maio are on board as executive producers.

XYZ Films is representing North American rights and Paris-based Versatile is handling international sales. They will be looking for pre-sales at the AFM.

Safe Neighborhood will be Peckover’s second feature after his 2010 Undocumented, a suspense thriller centred on a documentary crew shooting a film about illegal migrants along the US-Mexico border. Talking about his upcoming film, Peckover said: “Imagine taking the awkward, genuine teenagers from a John Hughes story and then royally scorching their evening. This is my favourite kind of thriller, where bad decisions snowball into horrible ones with ghastly consequences.”

DeJonge was recently seen in a starring role in M. Night Shyamalan’s The Visit. Other recent credits include Scare Campaign, which is also being rolled out this AFM.